Brewer and owner do it their own way

Story and photography first ran in November of 2015 in the Tahoe Tribune.

For brewmaster Ryan Parker, joining Cold Water Brewery was a chance to branch out and try something new; and it was a place to expand on his craft.
“Every beer is an art form,” he said, describing his approach. “Experimentally it’s nice to have that room to grow.”
For him, it’s all about the beer and the community that comes along with it. He leaves the business side of things up to longtime food and beverage industry director and brewery owner Debbie Brown.
“I don’t get out front very often,” Parker said of his focus on brewing. “I just like making beers.”
For Brown, opening her own place was a lifelong goal, and a chance to play by her own rules.
“We can do anything we want,” she said with a smile, explaining plans to continue to mix up the menu with dishes and beer options to cater to each season. “I don’t have to ask anybody. That’s the beauty of it.”
The two will celebrate Cold Water’s one-year anniversary with a party, live music and beer specials on Saturday, Nov. 21.

“It’s amazing to feel I finally got it. I finally got my dream,” Brown said, looking back at a year in business that has, so far, exceeded expectations.
“I fell in love with craft brewing,” Brown said of the idea for Cold Water. “I love the combination of the food and the energy that a brewery produces.”
She credited word of mouth and community support for the brewery’s early success in an industry that has a staggeringly high failure rate.
“Word of mouth is the most valuable asset,” she said. “People are telling everybody.”
“It’s grown by leaps and bounds,” Parker added of the brewery’s popularity. “More than I could imagine.”
But it’s just the beginning. Brown and Parker each said they believe there is continued room for growth both for Cold Water and the brewery scene as a whole on the South Shore.
“I think if we didn’t do it, someone else would have,” Parker said. “I think we just got ahead of the crowd.”
As to their growth potential, Brown said simply, “there are some ideas in the works.”
While declining to elaborate, she did add that their beer will be on tap this winter at both Sierra-at-Tahoe Resort and McP’s Taphouse Grill near Stateline, with the potential for additional locations.
NEW BREWS
As part of the anniversary celebration, the brewery tapped a special commemorative Pink Boot Double IPA this week.
“This double IPA is my newest experiment,” Parker said, crediting Brown with the idea. “I think it’s a good beer. I get good feedback from it.”
“I wanted a big bang,” Brown said describing her desire to brew their first double IPA. “I wanted to celebrate.”
The name also pays homage to the Pink Boots Society, a group dedicated to women in the brewing industry.
In December, the brewery will also unveil local female brewer Teri Jones’ “El Niño Stout.”
Jones, an aspiring brewmaster herself, won Cold Water’s biannual Brewers Cup home-brewing competition earlier this fall with a Mexican chocolate stout recipe. First prize was a chance to collaborate with Parker to brew using Cold Water’s equipment.
“The El Niño Stout is going to be a big thing,” Parker said.
“I think it’s going to be awesome,” Brown added, saying it will be ready just in time for the holidays. “It’s going to be a great addition to our lineup.”
ONE AND COUNTING
Cold Water will host their anniversary celebration from 5-11 p.m. on Saturday. The event will feature live music from Ike & Martin starting at 8 p.m. Anyone in attendance wearing pink boots will receive discounted beers. All guests in attendance will also receive a free raffle ticket to be entered to win a paddleboard.
“We’re so excited to celebrate the South Shore,” Brown said. “There’s nothing more special than to have the community involvement.” 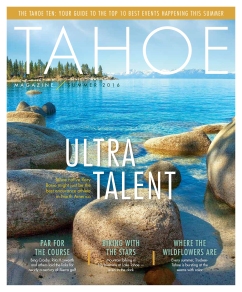 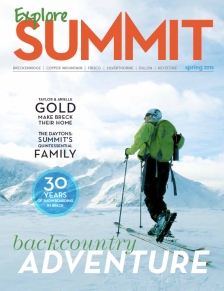 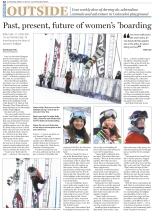